House and Land Packages in Melton

Melton has been a rare constant in Melbourne’s historically undeveloped west. Beginning as a small 19th-century settlement used as a weigh station by miners on their way to the Victorian goldfields, developing into an official satellite city in 1974. Finally, establishing itself as a hub of the capital’s fast-growing west, it’s fair to say that the potential of Melton is finally being realised.

Now a city of seven suburbs and almost 70,000 residents, Melton finds itself in the heart of Melbourne’s fastest-growing region. The previously empty plains between it and the larger city are quickly being filled with new communities and developments. As an established hub with all the infrastructure and amenities a new resident could need, Melton is best placed to capitalise on this exciting growth.

Melton is an obvious choice for anyone thinking about moving out west. But is a Melton house and land package the best way to enter the local property market?

Why buy in Melton?

To get a sense of whether a house and land package in Melton represents a savvy property investment, let’s take a closer look at the proposition offered up by the city itself and your options in securing a new home.

Melton, like the west of Melbourne as a whole, is growing. Over the last half a decade, its population has grown at a rate of almost 5%, well above the Melbourne average of 3.5% over the same period. The demographics of the city match the Victorian averages almost exactly - two out of three Meltonians were born in Australia, 56% of residents work full time, and there are marginally more women than men.

Melton has always been a quintessentially blue-collar town. The bulk of its residents are tradespeople, machinery operators, drivers, and labourers; the sort of honest, hard-working folk that are perhaps more associated with the country than the city.

The relaxed, community feel of a regional hub, but located just a 40-minute drive or train ride from the centre of Australia’s most dynamic and exciting city; Melton truly is the best of both worlds. With both the Western Freeway and the Ballarat to Melbourne railway carving their way through the city, residents enjoy as quick and easy a ride into Melbourne here than they do in some suburbs that are half the distance from the CBD. Its location is one of the prime reasons to consider building your new home in Melton.

Having been designated a satellite city almost half a century ago, and boasting a large population, residents of Melton want for nothing. Nineteen different schools, a general hospital, and a wealth of shopping and entertainment options mean that despite the convenient proximity to the Melbourne CBD, there’s no need to leave Melton at all.

Melton also has a real community feel to it. Regular festivals and a particularly strong sports culture help to bring residents together, and make quite a large city feel far cosier.

It’s fair to argue that no Melbourne satellite suburb currently offers the value that Melton does. As of early 2020, the average price for a fully detached house for sale in Melton sat at $385,000 - unheard of for a suburb just 40 minutes from the CBD. While the recent volatility in the Melbourne housing market has helped with this affordability (average prices peaked at $415,000 back in 2018), the long term prospects of Melton property are exceptional as the area becomes more developed and attracts more investment.

If you’re looking to buy a new home in an area where you can get in on the ground floor, the large homes and generous Melton blocks are as good an option as any.

You’ve recognised the opportunity that Melton represents, and you’re ready to start shopping. But what should you be shopping for in your new home?

‘Give me a new home amongst the gumtrees, ’ said the residents of Seventh Bend, and the development has not disappointed. Located in Melton South, this community is dotted with greenery, waterways and beautiful rock formations, and promises buyers a life that isn’t restricted to their backyard. A convenient location two kilometres from Melton train station and a short walk from shops and restaurants adds to the allure. Then there’s the kicker: a house and land package can be secured for as little as $330,000!

Located in the wide-open spaces of Strathtulloh, a quiet satellite suburb of Melton, The Millstone combines the big skies of Melbourne’s west with real peace and tranquility. Plans are in place for a new town centre, an extra train station, and several schools. All of this makes a property in this community one of the smartest buys an investor can make. A two-car, three-bedroom new home can be snapped up for just over $450,000.

Atherstone promises to do nothing short of redefining outer suburb living. Expected to reach a final headcount of 15,000, this will be one of the largest communities in Melbourne’s west, and has been built as a sustainable, forward-thinking and very cleverly planned suburb. Convenience and community have been placed top of mind, with shared spaces and opportunities for recreation dotting the grounds. And with house and land packages starting at less than $450,000, this enticing lifestyle can be secured for a song!

After long laying dormant, Melton is now a city on the rise. As Melbourne’s west becomes a hive of development, this once separate city will only increase in importance, helping to facilitate the surrounding growth.

Anyone who buys property now can expect to enjoy a solid return on their investment. As newly built structures in carefully planned communities, house and land packages represent perhaps the best way to do so. On top of being made to your needs, a new home is one of the most cost-effective ways to enter the property market.

But this opportunity won’t last forever. The time to buy your new home now! 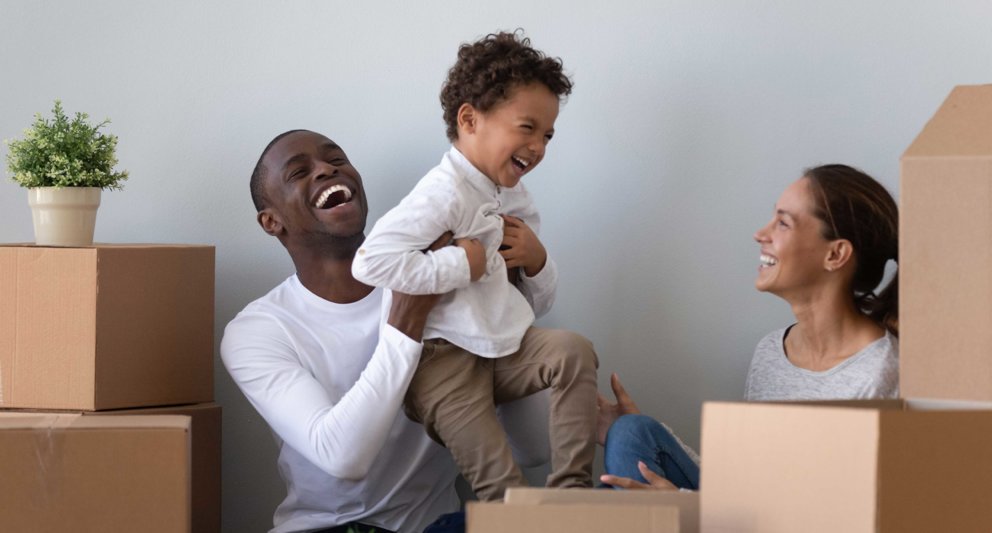